Is Ender-3 3D Printer Worth The Try? 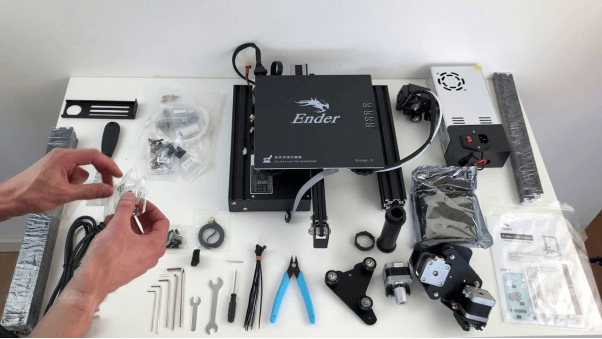 What is almost 35 years old but still looks brand new in the current generation? Trust me, it is 3D printing, the additive manufacturing technology, which has been in the world since the era of Reagan. Here is a short tour through the whole history of 3D printing, including the different types of printers with the Ender-3 3D Printer as an ideal example.

The Infancy Of The Device

In 1981, a man named Hideo Kodama and working at the prestigious Nagoya Municipal Industrial Research Institute decided to publish an account of the functional and active rapid-prototyping. He used photopolymers to attain excellent results.

Therefore, there was a valid, robust model that was successfully built in different layers. Every layer corresponded to a particular cross-sectional slice found in the 3D layer model.

Around 1984, a man named Charles W. Hull played a significant role in the creation of a working 3D printer system, a technology that operates magnificently, by scanning an object that needs to be copied and then dubbing it as additive manufacturing.

The object served different sectors, such as construction, graphics, aerospace, and medicine. Today, there are different types of 3D Printers. The Ender-3 3D printer is just one of them. Let us take a detailed look at some of its attractive features.

Since the launch of the Ender – 3 3D printers, the device has consistently appeared in different markets with several users posting videos as well as reviews on different channels and communities. Many merchants interested in the machine have tried to imitate similar products with the hope of designing the right machine for usage.

The results, however, turned out that the Ender-3D printer can never be replaced. While its appearance coupled with the price seems similar, its functions at the end of it all and its printing accuracy cannot be copied or replaced by any means.

Why Is The Device Popular?

Why is the ender-3 D printer popular? Is it worth the try?

How can you tell whether it is genuine or not?

Where can you purchase the right ones? How do you get the genuine ones in the long run? We have come across several clients with such questions. Read on to find the relevant answers to these questions.

Creality had the idea to design and then launch this printer in 2014. The company succeeded in this venture. Because many people may not really afford the simple look of a 3D printer that comes with high precision, this is what the firm settled for. In the end, they launched a machine that can be used to create and then develop different high-end products at once. At the same time, the Ender 3D printer is known to be a new toy for the new generation of users.

You should also know that there is a particular version of the Ender-3 3D printer, which is fully assembled and designed to fit the demands of most end users. This machine is primarily designed for users who would like to start printing as soon as they receive the device.